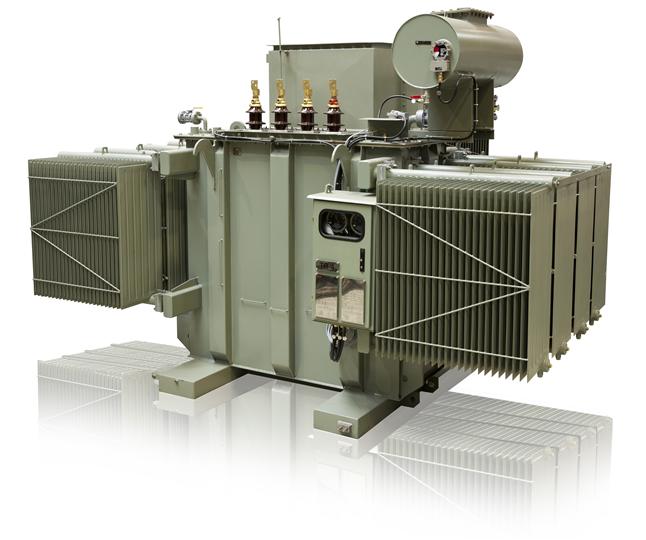 A Transformer is an electrical device that transfers electrical energy between two or more circuits through electromagnetic induction. A varying current in one coil of the transformer produces a varying magnetic field, which in turn induces a varying electromotive force (emf) or "voltage" in a second coil. Power can be transferred between the two coils through the magnetic field, without a metallic connection between the two circuits. Faraday's law of induction discovered in 1831 described this effect. Transformers are used to increase or decrease the alternating voltages in electric power applications.

Since the invention of the first constant-potential transformer in 1885, transformers have become essential for the transmission, distribution, and utilization of alternating current electrical energy.A wide range of transformer designs is encountered in electronic and electric power applications. Transformers range in size from RF transformers less than a cubic centimeter in volume to units interconnecting the power grid weighing hundreds of tons.